' My own son ! Last year at this time, as he was out cutting wood, he met a statesman of Tsin, named Yu Peh-ya, who became attached to him, presenting him with two ingots of gold as he went away. My son bought many books, and studied hard, so as to be worthy of his kindness. Returning with his heavy faggots, he would read on into the night, until he fell ill, and after some months he died ! ' 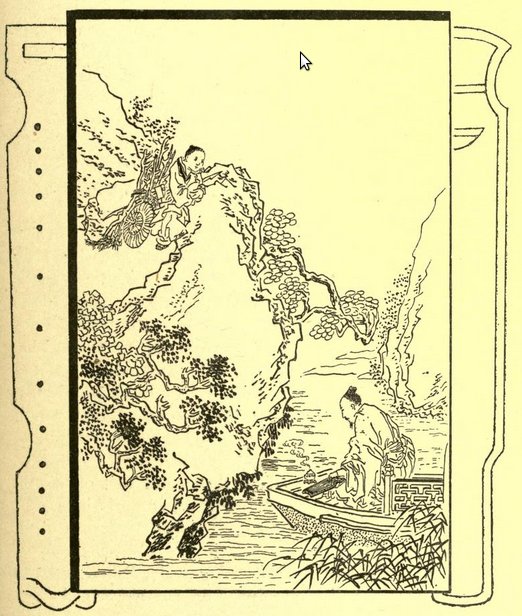